Battle of the Maxes

Welcome to Battle of the Maxes!

Organized by the wonderful Anuraag Das (twitch.tv/AnziDmtg), I get to bring you some high stakes magic! Maxx Kominowski, a.k.a. TwinlessTwin, as a quintessential MTGO Zoomer. He's great at the game across multiple decks and formats, and a terrifying person to get paired against. For some reason I chose to pair into him willingly, multiple times in a row, and even fronted $100 for the opportunity!

Here's the deal. Maxx (for clarity referred to as Twinless) and I played a best of 5 matches (with each match consisting of the normal best of 3 games, of course). For at least the first 3 matches, we had to submit different deck archetypes. Matches 4 and 5 could either be repeats of a deck chosen for the first 3, or be another different deck if we so wished. The games themselves would be played with open decklists.

We each selected our decks and deck orders in secret, locked them in, and submitted them to Anuraag. When we both submitted, he revealed the matchups to us: 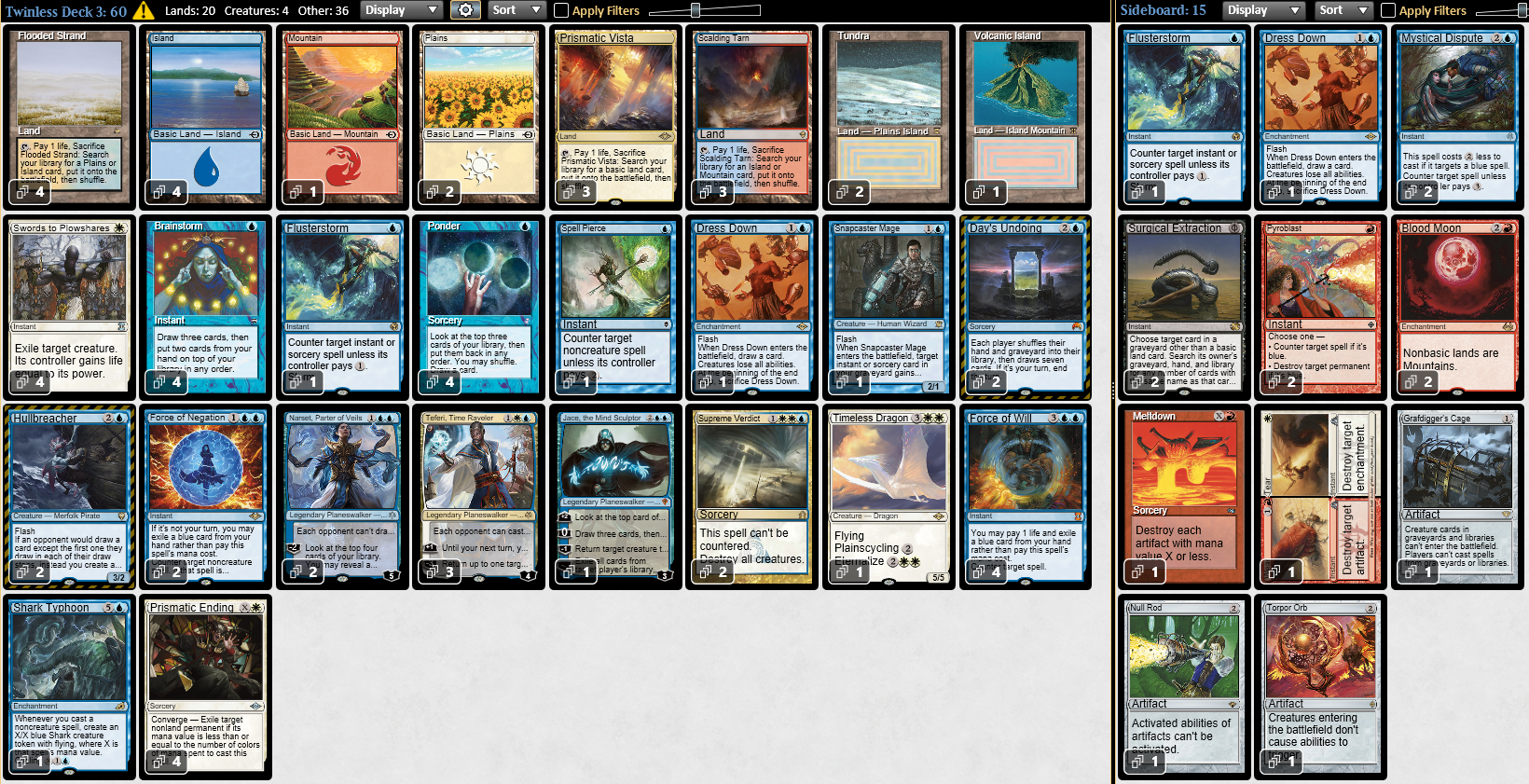 AND NOW, ONTO THE MATCHES!

This event was intended to be streamed, but some technical difficulties sadly knocked it off the air. In order to give it the light of day, I recorded my perspective through replays!